The HO and N scale layouts have changed over the years depending upon club's location. Construction on the previous layout began in April 2015. These two layouts were disassembled in November 2021 when the club had to move. Upon moving to a new location, the HO scale layout will undergo major changes the N scale layout minor changes during the reassembly.

Both the HO scale and N scale layouts were/are being constructed with two major concepts.

Upon moving to its new location, the club has reduced the number of layouts it owns to three. There currently exists a HO scale permanent layout, a N scale permanent layout and a N scale traveling layout. There existed in the past a fourth test layout that consisted of two simple ovals, one oval for HO and the other oval for N for the testing engine operability and coupler alignment. The test layout is currently in storage. 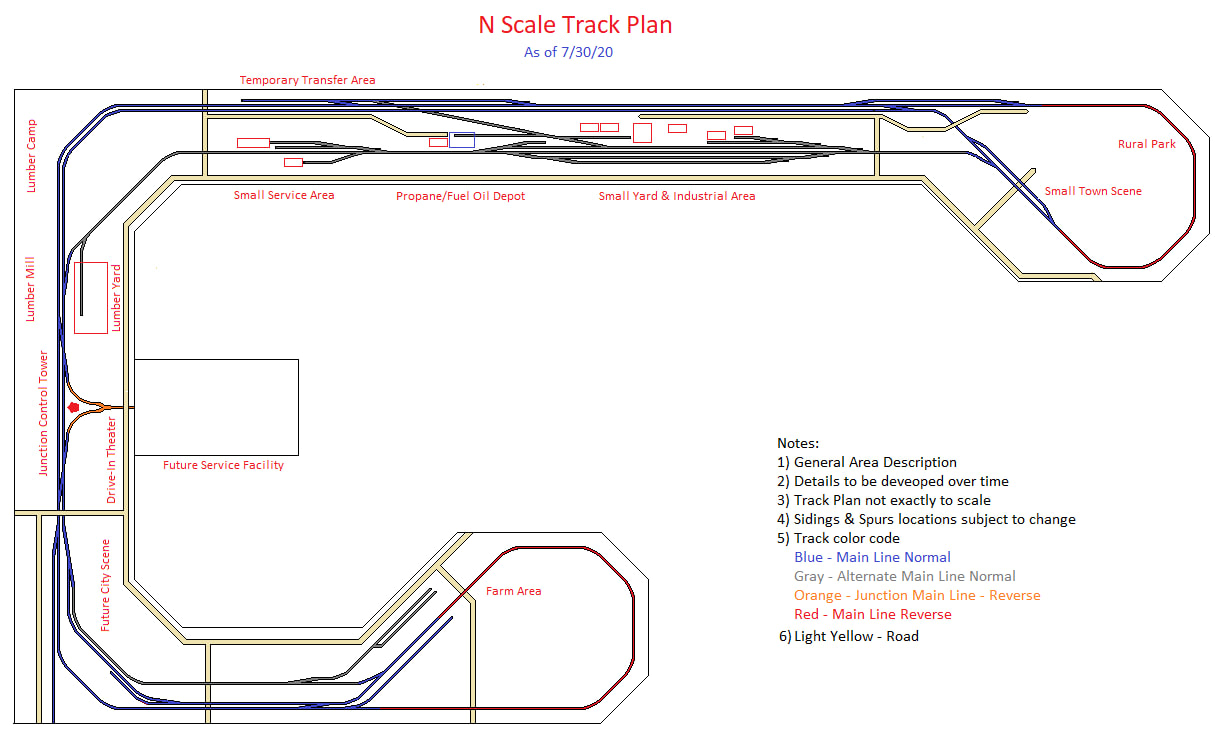 ﻿﻿
Note: The HO layout indicated above was the previous club HO layout. A new layout is under construction. At the present time the outer parallel mainline is operational. Updates to the HO track plan will be added as installed.﻿﻿